We had been doing a rain dance for weeks  but obviously couldn’t get it right as rain didn’t come . Along with putting out support food for many macropods we always  watered  our house paddock  to supply as much grass as we possible. Fidel has always been privy to this and this splendid creature  passed on the word through the wombat community!

Some of you have read the Fidel story but if you haven’t and would like to just type  Fidel the Splendid Wombat into your browser and have a read .

Unfortunately due to drought we were unable to continue watering , no water  no grass. Larry and I would travel long distances a couple of times a week to collect grass for all the animals which they really appreciated and ate with great gusto.

The drought though out the Upper Hunter seemed to show no signs of breaking. The animals around here and further afield were coming every day and night looking for food which Larry & I supplied .We had been told some time in the past that wombats wouldn’t gather in the same area as they were so territorial but it was obvious to us that in this time of strife they knew what was going on .There was no fighting , an occasional Mexican standoff with a bit of noise ! 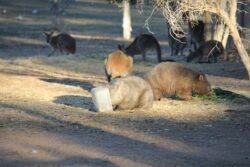 During this time people were donating to help farmers through the drought. We couldn’t get funding from anywhere to help with support food for the wildlife . It was getting expensive so I did run a fund raiser through Facebook and raised almost $2000 from some very kind generous people which really helped. Larry’s  nephew , his wife and children also donated food which thy bought here and bought bags of grass that they picked on their way from the Central Coast. The school the children attended ran a fund raiser to help the farmers and these children asked if they could donate to the wildlife feeding instead . 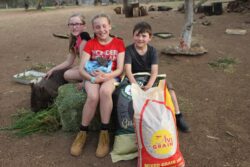 They were rewarded by seeing healthy wild wombats up close and personal and being able to  touch and interact with them. Not many people get to do that . 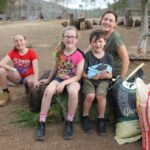 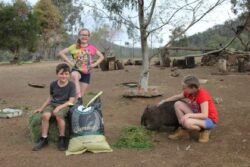 The drought went on for months , it was a horrible time but at least we were here to help these animals which would have died from starvation .  The wombats were amazing and due to having ample water and food they all seemed to remain healthy and we didn’t see any mange. Many of them let us touch them and were very relaxed with us. They clearly knew we were helping them and we were allies. 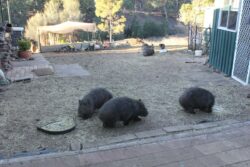 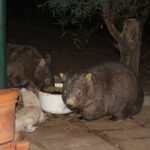 My little wallaroo Pretty Britty who had been released a couple of years before returned home for support. She left again as soon as the drought broke .When she arrived she had a baby at the heel but the baby disappeared. We did a search but found no sign of it. Hopefully she has had another by now as  conditions are better. We had a very old wallaroo come and stay for months .We called him Grand Dad. 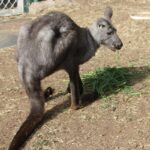 We got to know a lot of the animals well during this time.

The drought seemed endless and just when we thought things could only get better fire broke out all around the country. We were only 5ks form the “Meads Creek Fire” .It was very scary .The fire started in the Goulburn River National Park and burned out more than 14,200 hectares of land. Numerous rural properties in the area came under threat and we were constantly on watch and act advise. After 28 days the tireless marvellous efforts of  members of the NSW RFS alongside NSW National Parks and Wildlife Service firefighters, earth-moving machinery and water-bombing aircraft the fire was contained. It was a great relief for everyone. 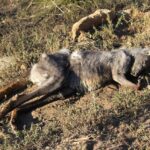 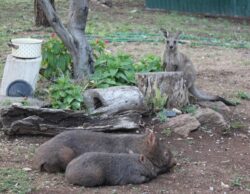 Duke , little grey in care with wombats resting after feeding 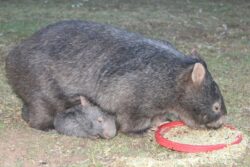 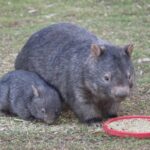 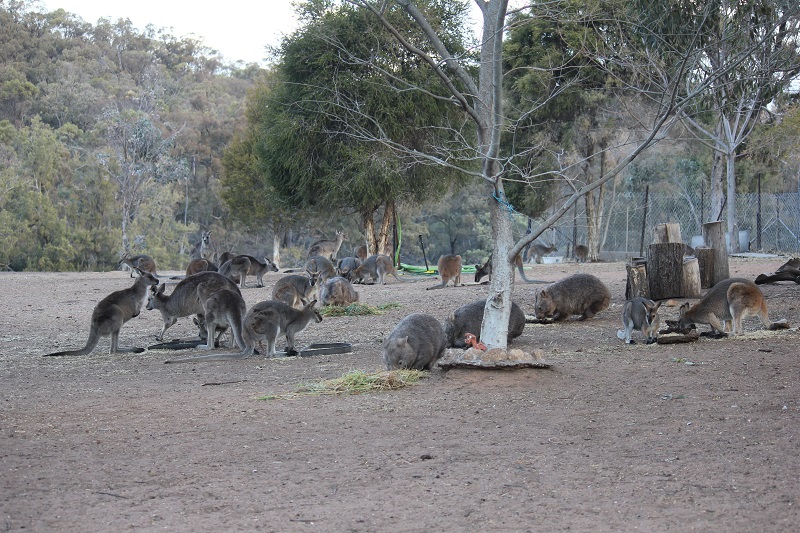 Finally early in 2020 we got some rain. The ground was covered in weeds and not much grass was visible. Larry slashed continuously for months and eventually the grass came through and  started to compete with the weeds bringing some food relief for the animals . We were financially drained from supplying support food and tired from driving many ks to find and pick grass to pick and bring back. By mid 2020 we had water in the river again and more grass growing .It was a great relief. It was a great reward to know that we had helped all the wildlife around here to survive and to see them return to normal behaviour once again and babies appearing!

Wally who would have left home much earlier if conditions had been O.K. stayed on as he knew leaving during the drought was pointless. 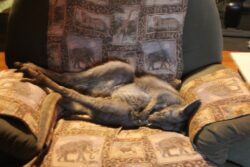 Once conditions improved he bounded off without a backward glance or a thankyou! 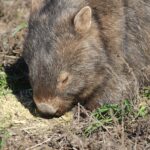 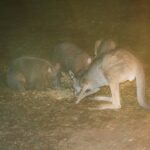 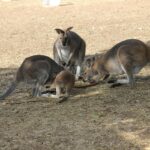 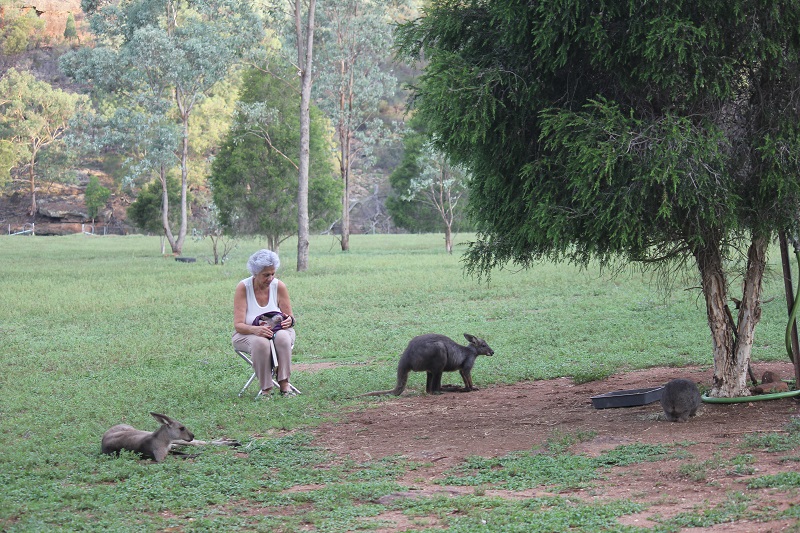 Jan 2020 fires out , we had some rain .Looks green but 99% weeds. Took months but eventually after months of Larry slashing the grass came through again. Me with the kids, Wally, Duke Che and tiny Raul.