28th June 2021 Larry and I went to Singleton to Michelle and Ron’s place. They are both hardworking dedicated carers. It was lovely to meet them and see the little ones Michelle had in care. Michelle had very kindly agreed that Nikki could come to me to be a buddy for Sammy.

Nikki came in to Michelle 9/5/2021 weighing 560g on intake. The next day she was taken to RSPCA vet Singleton for a check. She had damaged back legs  and a wheezy chest. Given x- ray for legs , no permanent damage , soft tissue swelling but with normal bone opacity, growth plates evident no abnormalities detected. She was  given injectable antibiotics for pneumonia  and cream given to Michelle to apply to bruising on her legs . Panadol was used for leg pain and also later used meloxicam for pain but switched back to Panadol .Poor little Nikki, a lot to go through at that early stage of development. Bad enough to lose mum’s natural immunoglobulins which in marsupials carry on for an extended period of time during lactation. Antibiotics really mess up gut flora in marsupials  but unfortunately sometimes necessary.

No water was given by Michelle with milk formula as she was told it was not needed. Wombaroo milk replacement is a very concentrated form of food  ,it’s not fluid. Universal milk formulas are very diluted and already have a large quantity of water in the made up milk. Mum’s milk would depend on weather conditions .Example – her milk would change to a more watery consistency in very warm weather. The correct amount of water should be added to milk feed at the time of feeding. Michelle used vytrate for hydration and scouring. Michelle was instructed to give Nikki  yoghurt with each feed  consistently from 5/6/2021 until transfer to me on 28/6/2021.This was to help restore gut flora. I do believe in the use of yoghurt, but only in moderation .Macropods are lactose intolerant and lactose can lead to blindness. I always use impact when I have a young joey in care and I believe it could have been very beneficial for Nikki if Michelle had been advised to use it. 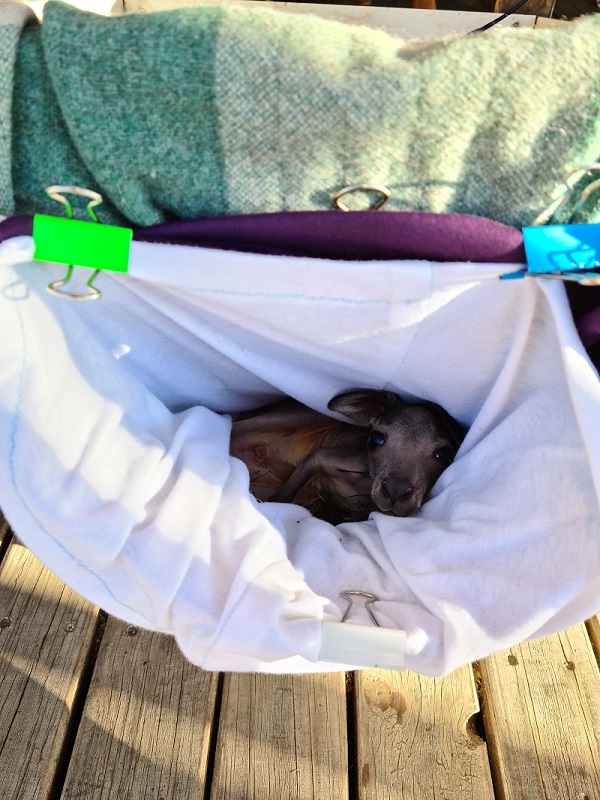 Nikki weighed 1525 grams when transferred to me. Michelle had been having continual problems with her gut but felt she was on the mend when passed to me. The switch to another carer must have had a negative effect on her. Her faces was sloppy and she didn’t pellet. 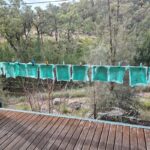 Grey kangaroos are very easily stressed. I began giving Nikki some water and also used impact , she continued gaining weight but continued to produce sloppy faeces. Her faeces then became green but controlled ,this determined it was not thrush.  She also started losing weight. I called Lynda who thought that the problem was that her system had been compromised and she had depleted gut flora. Lynda got me to use colloidal silver,10ml between each meal and after 2 days  her faeces started forming, after 4 days she started pelleting , eating well again and gaining weight. Although she looked well and settled into a happy little joey she would probably always have a compromised immune system. The colloidal silver worked well for Nikki .I have used it with other joeys but not with the same success.

Sammy and Nikki became firm buddies and  thrived on being together. 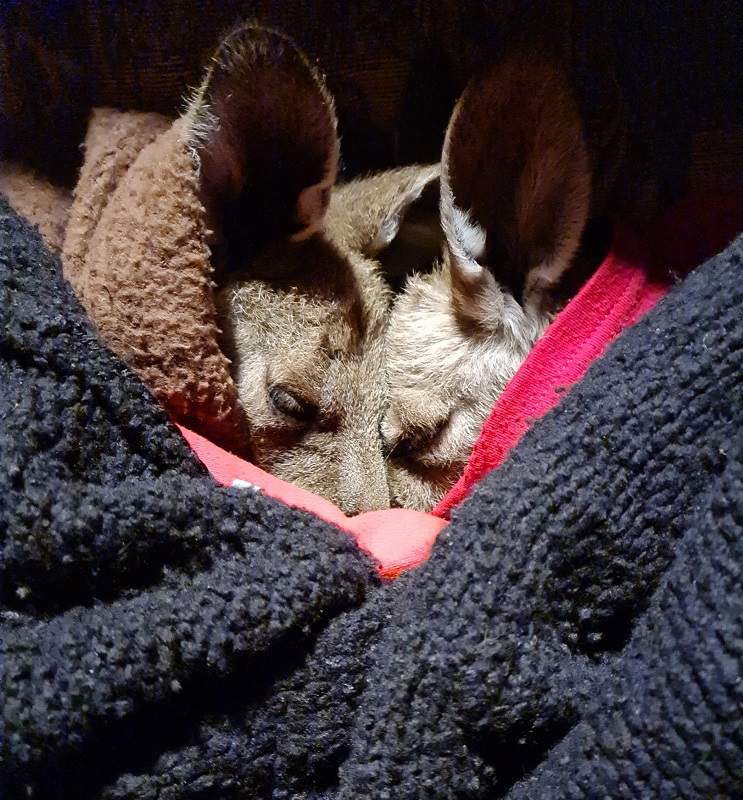 Sam and Nikki happy together 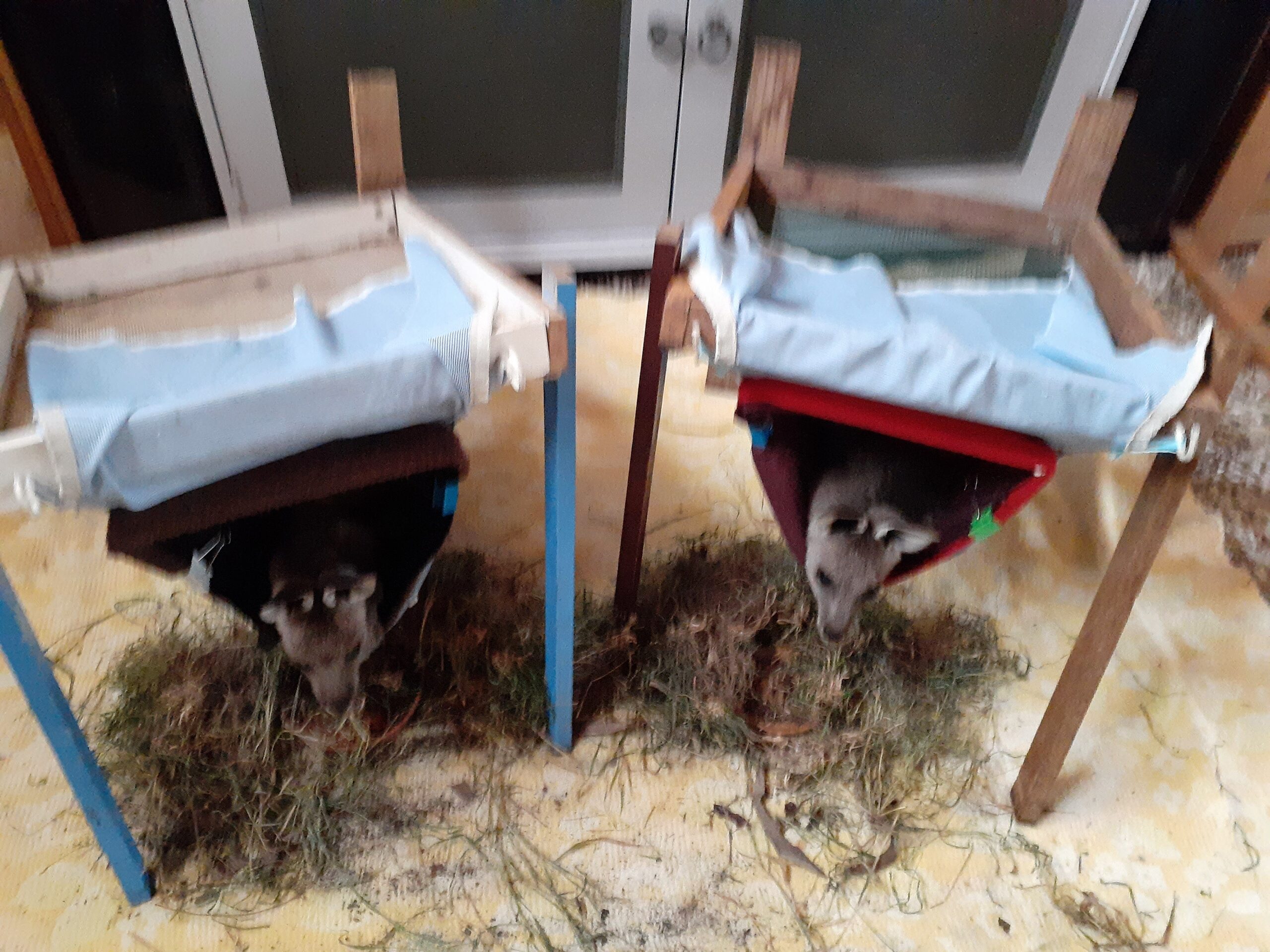 Once the little guys start eating grass I put them on a daily doze of coccivet. Greys are susceptible to coccidiosis which is an intestinal tract infection caused by a single-celled organism (a protozoa) called coccidia. Coccivet (amprolium) is used as a preventative for this awful disease. Greys are the  most easily stressed and the most complex of all kangaroo species. Wet weather conditions make it very hard to keep the ground clear of faeces when the animals are confined in care if rain becomes very heavy. Coccidiosis is contracted by ingesting contaminated faeces.

Sam and Nikki were happy and well adjusted.They continued to thrive and eventually moved to the outside pen which they loved. They would come walking with me everyday and we were having a great time.

I got a call asking me if I would take another 3 greys about the same size and make a group. 5 grey kangaroos would have been to many in my small pen. Larry and I decided we would build a large pen and take the other 3.It is hard for people to find suitable soft release areas and kangaroos must be moved on from backyards once they reach a certain age. My initial reluctance was that I hadn’t raised the others from a young age and  I wouldn’t be able to bush walk them as they would not think of me as “mum” .  Sam and Nikki loved their walks , however I thought that maybe they would enjoy being part of a group more ….I had never had more than 2 together and have always been told that a group of greys is better so the decision was made. The building began and with the help of our friend and neighbour Ken he & Larry completed the pen in the next month.We moved Sam and Nikki into it to get them used to being in there. They were aprox. 4500grams . 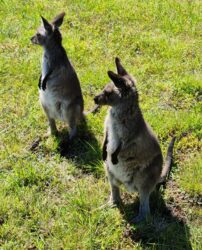 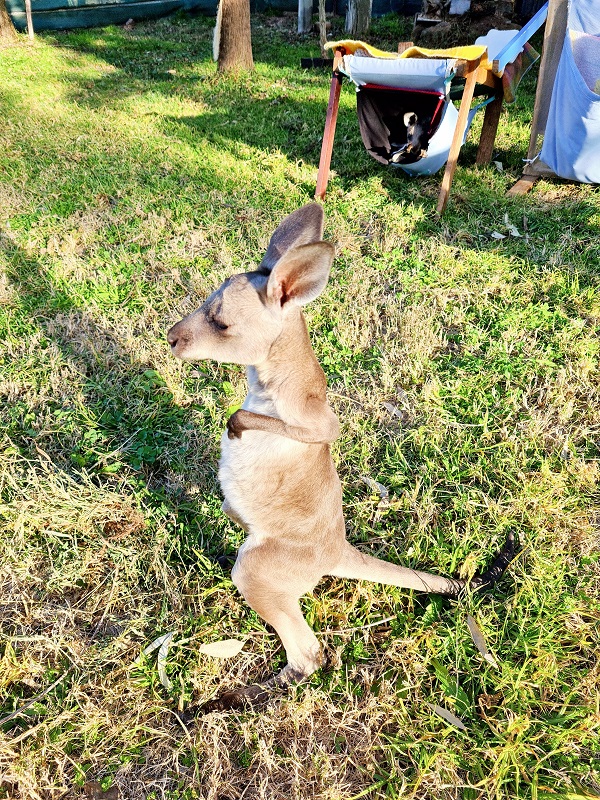