After the swampies came Sam was alone and I had him back in the smaller pen in the house paddock. I felt very sorry that he was alone . Jo, one of my very capable  colleagues who lives in Singleton and cares for many macropods offered to give me two greys that were around the 4500gram weight. Smaller than Sam who about 6500 grams at this stage ,but they would have been O.K. I was to nervous to bring any more greys here at that time so I declined , now I think I should have ……… I tried introducing Sammy to the swampies.Sammy seemed to like them but they were so small by comparison and they were nervous when he was around .They clearly speak a different language .If I took Sam into the pen they would become unsettled so I decided it wasn’t a good idea. Sam wasn’t locked up during the day if I was home  and he knew when I would go into the swampies to feed them. I often tried to sneak in but he always sniffed me out and he would hop around the outside. It was sometimes distressing for me and clearly for Sam but I thought once I came out and took him off for a nice long bush walk which he loved he would be fine.

It did appear that he was O.K. as he continued to thrive and looked beautiful and healthy. By the end of March Sam was almost 10kilo. 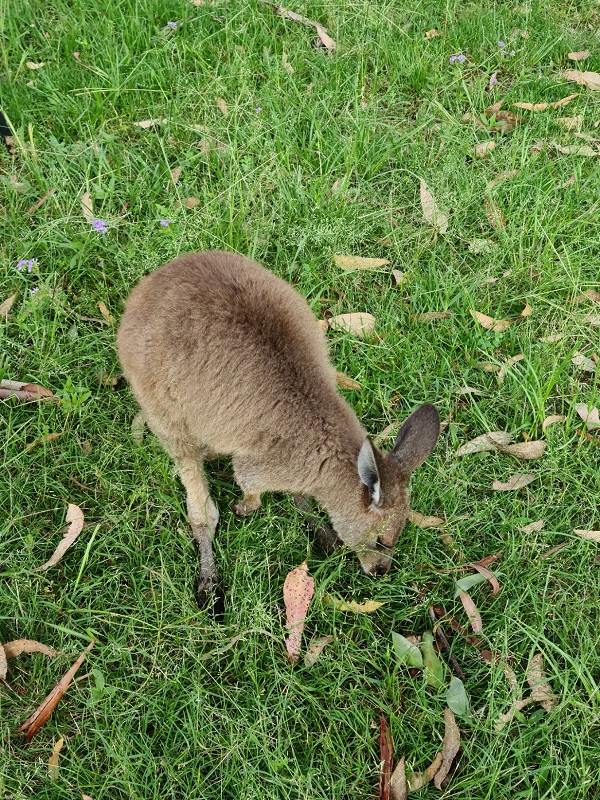 Suddenly he  began to show signs of decline .It started by not drinking all his milk. As he was almost 10kilo and I thought he was weaning (I’ve never had a grey that weaned themselves before but had heard that it does happen) A week later and he wasn’t drinking at all .I thought maybe thrush but wasn’t really convinced. .I tried Nilstat for 4 days but no improvement and in that short time he was eating hardly any grass and no support food. I got a gram stain done and found he had intestinal thrush. Treated with fluconazole as per directions for macropods. Despite that treatment he became thinner and weaker ,lost 2.5 kilo in a matter of days and refused to eat at all. I tried various foods  with a syringe . 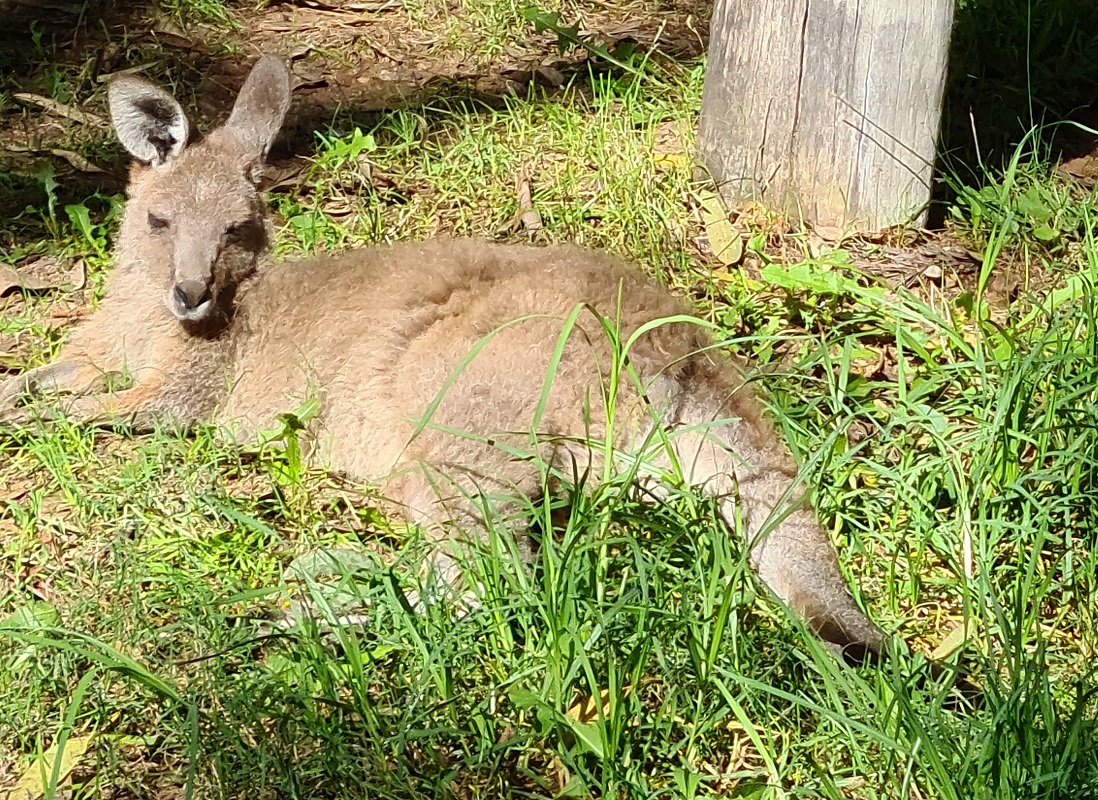 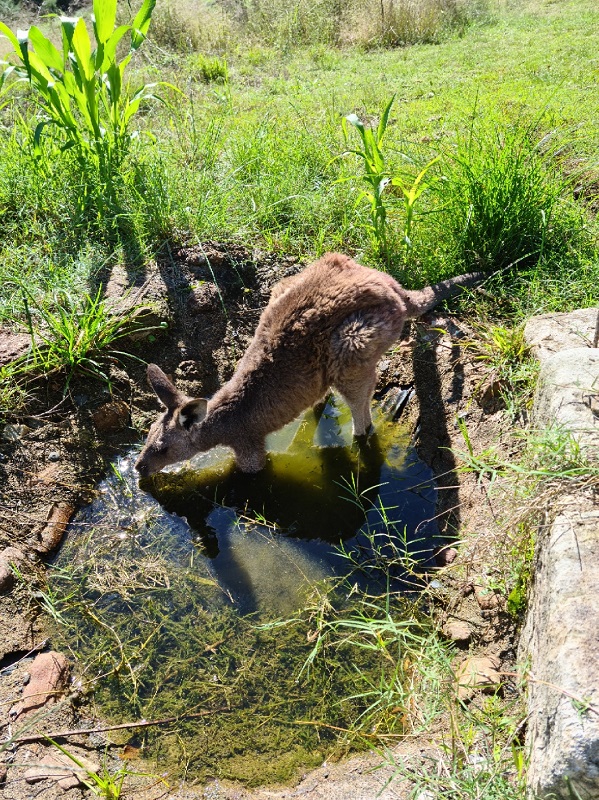 Sam sick , lost condition , quickly. He was very thirsty but could hardly stand and hop by now.

Ted continued to do gram stains and no thrush was eventually present in his poo. Ted could hear his heart was not beating as it should. He could hardly stand and also developed mild inhalation pneumonia even though I had tried to be very careful. He received a 3 day acting antibiotic injection but showed no improvement and still refused to eat. The day he died he could not stand . Ted did a post mortem which showed vitamin E deficiency, pneumonia in his lungs and white muscle disease due to lack of exercise. Kidney and liver O.K. at that stage. He had extremely bad thrush at the very back of his tongue. In conclusion I believe that due to lack of experience I did not pick up he was sick when he stopped drinking all his milk. If I had and acted sooner I may have saved him. Also he must have been very stressed without me realizing. Stress is a bad enemy of greys.He had to be moved to a smaller pen when the others in his group got cocci and died but he still had a friend then who I thought was going to pull through but she didn’t. I used to take him walking and he was semi free range spending lots of time in the house yard and bush walking with me.Lots of red-kneck wallabies live in and around our house paddock so Sam did have other macropods around all the time. Red-necks and greys can be raised in an enclosure together .I could sometimes hear Sam running up and down the outside of the swampie enclosure when I was in there. It must have been more stressing for him than I realised. I feel absolutely wretched and in hindsight can see all the things I did wrong. It never crossed my mind that a 10 kilo grey looking so robust would get thrush . If I had taken the 2 smaller greys from Jo maybe things would have turned out better but the fear of them getting cocci also kept me from bringing them here. 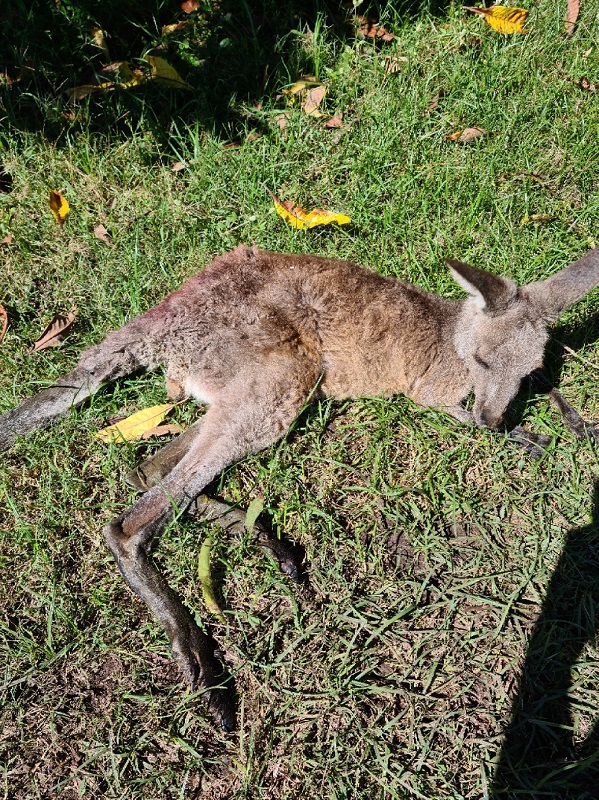 Sam could have picked up thrush from spores but I think given what he had been through , losing all his friends and Nikki who he had been with since about 2 kilo then having to share me with the swampies was to much stress. I probably should have just kept him and given him total attention.I did my best and nursed him around the clock for the last 3 weeks but it was not good enough.

Sammy died on Mon 4th April 2022. I still feel so very sad when I think of him, frequently. I miss him. I’m so sorry beautiful boy.

Oh, Sammy boy, the Bucks , the Bucks are callingFrom glen to glen, and down the mountain side.The summer’s gone, and all the roses falling,It’s you, it’s you must go and I must bide.
But come ye back when summer’s in the meadow,Or when the valley’s hushed and white with snowI’ll be here in sunshine or in shadow,Oh, Sammy  boy, oh Sammy boy, I love you so! 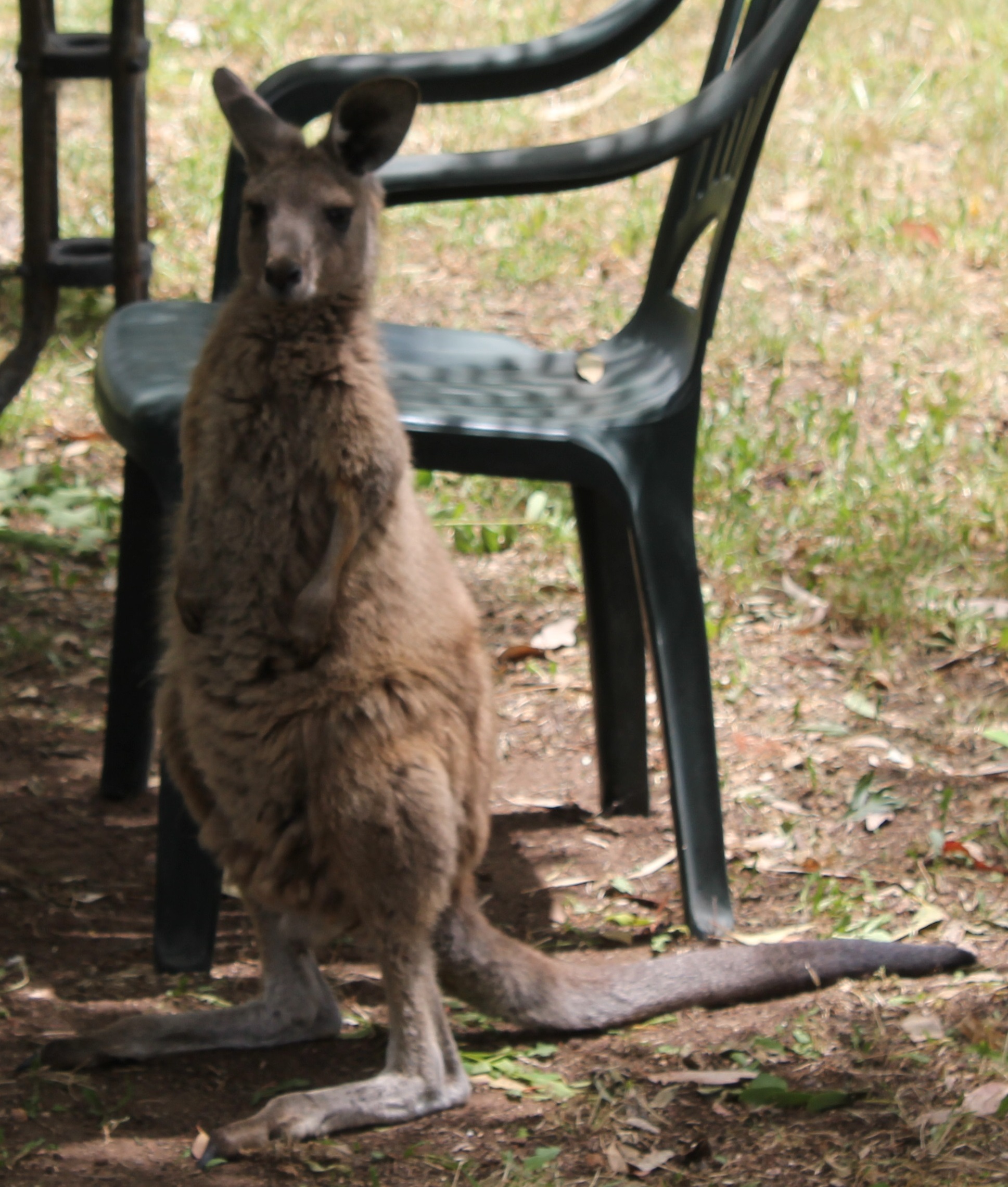