In in the years we have been rescuing and rehabilitating  native birds we  never had an Owlet -nightjar come into care .One of the most common and widespread of Australia’s nocturnal birds, the smallest found here. It occurs throughout Australia and its islands, as well as southern New Guinea.

We had a call from a guy we know in town. He and a crew had been wood chopping and a bird had fallen from a tree hollow. It was stunned so they put it in a box and kept it warm and called us when they got back to town saying they had a baby kookaburra that need care. I went into town to collect it. It was tiny , much smaller than a feathered baby kooka would have been.

It weighed a meagre 36grams. The right shoulder had a graze and bruising but no apparent breaks and was quite feisty!

The preferred habitat of the Australian Owlet-nightjar is a tree-studded area where there are suitable hollows. During the day it roosts in hollow branches and tree trunks. The birds form permanent bonds, and pairs occupy the same territory throughout the year. The bird came from about 100k away from us in the thick of bushland and that’s where it needed to be returned to.

Owlet-nightjars feed at night on a variety of insects. Birds will  take flying prey, or will pounce on prey either on the ground or in trees. Hunting takes place within a territory and normally in pairs. The Owlet-nightjars watch for food while in flight, or by sitting and searching from a suitable perch.

A pair raise one brood per season, both build the nest. A bed of green leaves, placed in a suitable tree hollow or rock crevice. Both birds also incubate the eggs and care for the chicks.
As we were worried about the partner left behind it was a blessing the wing healed quickly . Also we were worried that we would not be able to feed in care but he/she thought small chunks of hearts rolled in insectivore was a tasty morsel and open throat wide to take in and consume! From 36-39grams while in care . 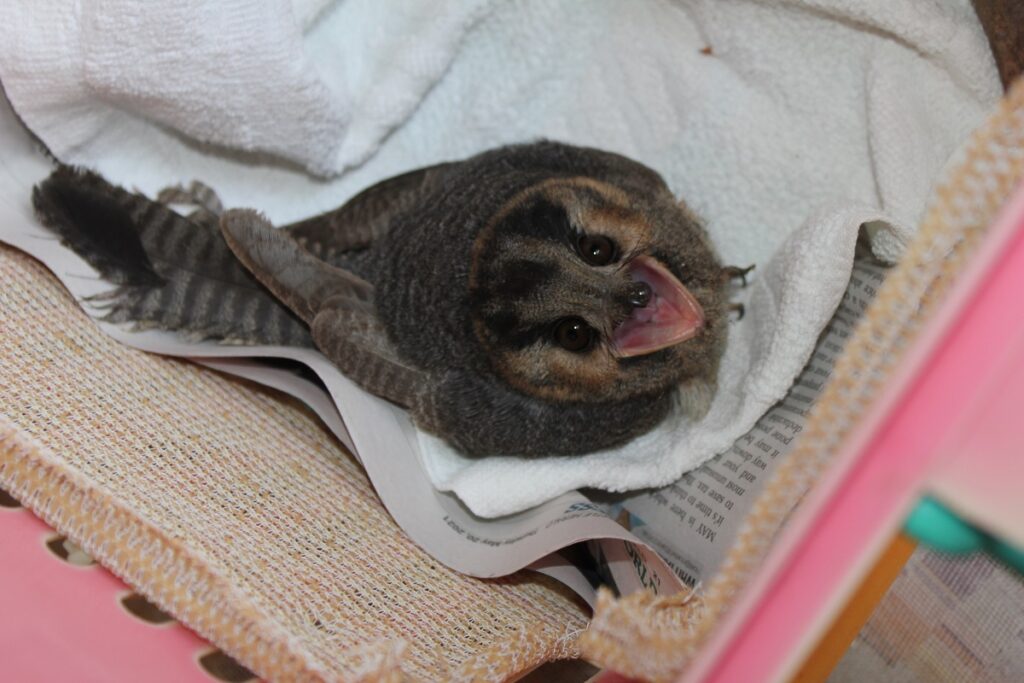 That tucker is O.K.!

With very good instructions on the pick up point we went just before dusk and set up a good hollow log in the fork of a tree where the little birds was placed. The next day the log was empty so we hope the mate was found and they both prosper.

Seeing animals that you have raised from babies return briefly to show you how well they doing makes it all worthwhile. Duke (already named when passed to me) & The Worm (named because she was a wriggler) were here as babies and raised together. They came in at the end 2017 and were free living  in early 2019.

Duke and Worm free living but still hanging around the homestead.

Nov 2019 Wormie came for a brief visit with a baby in the pouch and Duke also. Duke was to young to have fathered a baby but he had clearly found Worm.

Wormie visits with baby in pouch and Duke in tow !

So wonderful to see that despite losing her own mother she had become one and was successful. She returned again in 2020 and 2021. 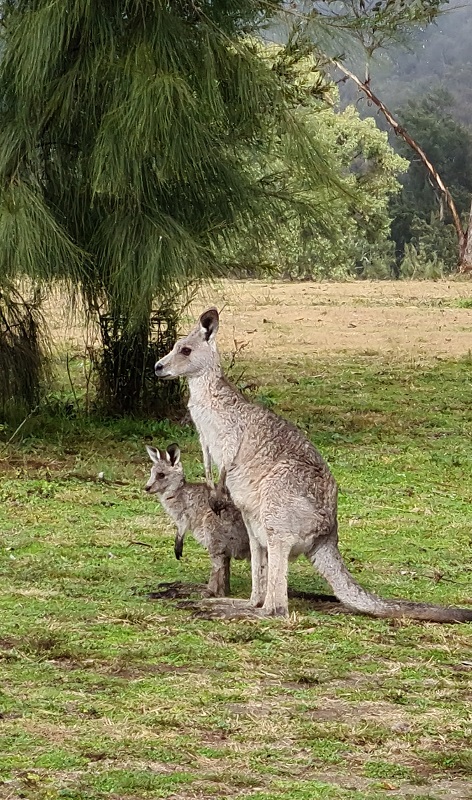 Worm with baby at heel 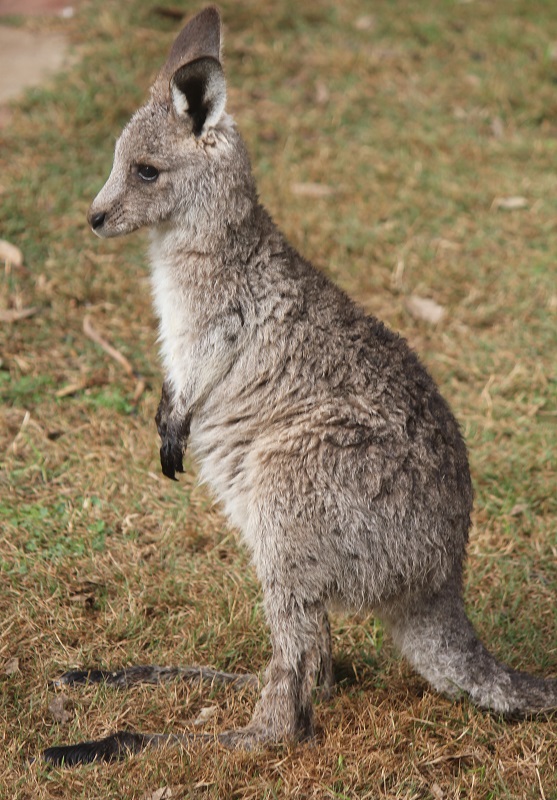 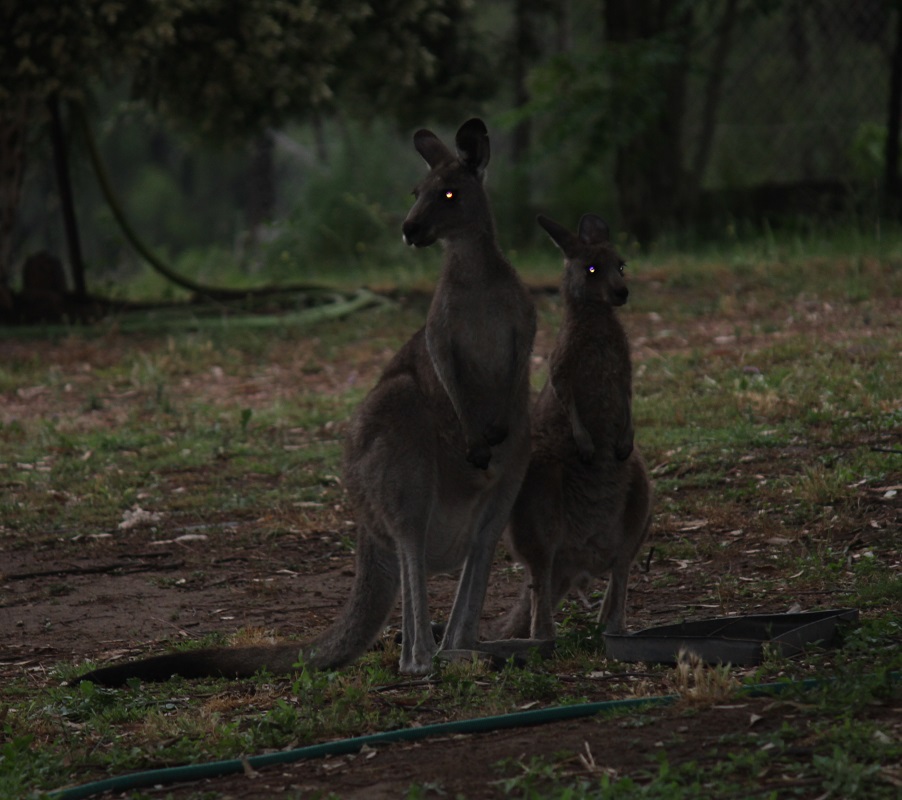 We still see Duke who is a big buck now and also Billy who is enormous . Billy is about 12 years old now and appears occasionally and sometimes Duke is with him ” the bachelors ” . 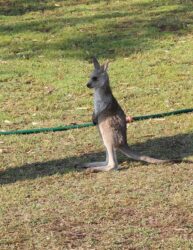 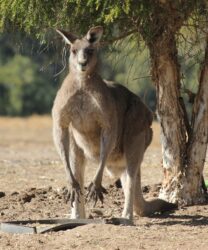 Billy now – just thought id pop in and eat some of this grain , as I remember it was quite good stuff!